Are you Considering to Retire in San Diego?

Endless beaches, year-round wonderful weather, close proximity to the desert and mountains, a rich and diverse culture – San Diego has plenty of exciting activities to offer for an engaging lifestyle during retirement. 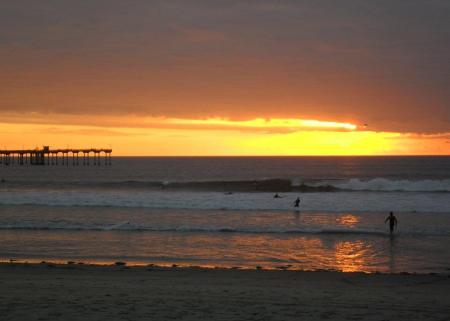 But amazing weather, casual beach living and excellent medical care are not enough to make San Diego a top destination for retirement. In fact, San Diego is one of the top 10 worst cities to retire.

“What makes it difficult to retire in the San Diego metro area are the high housing costs. People age 60 and older spend a median of over $1,000 per month on rent and $1,971 monthly on their mortgages, although costs drop to $436 monthly for seniors who have paid off their houses.”

While some retirees have the luxury to choose where to spend their non-working years, Baby Boomers that already live in San Diego may not have that choice and are bound to struggle with the high cost of living. Deep family roots and local investments may make it hard to pack up and settle elsewhere.

Wherever you choose to spend your retirement, are you prepared for 20+ years without a set salary?  While Congress is still taking too much time to handle our aging population, it’s never too early for you to start planning. (Here is a good retirement planning guide from the US Department of Labor.)

Please take a moment and contact your congressional representatives to let them know how important senior nutrition programs are – not only for the seniors we serve, but also for the community as a whole. Find out more in the video below:

Call, write, email, tweet and Facebook our congressional delegation and U.S. Senators and tell them to end the partisan games and get to work. Here is a complete Advocacy Toolkit with all the contact information you need! It is time for us to stop putting up with the dysfunction that passes for leadership and demand that politicians come together for the good of our nation. It’s as easy as 1, 2, 3:

(Not sure who your rep is? Find out here!)

2) COPY AND PASTE THE MESSAGE BELOW INTO THE EMAIL OR WEBFORM THAT OPENS AUTOMATICALLY:

I am urging you to protect senior nutrition programs from the sequester ordered on March 1.  Sequestration will eliminate over 100,000 meals for seniors in San Diego and 4 million meals nationwide. The impact of the sequester could be far greater than lack of nutritious meals for a vulnerable population who is often more isolated and in the greatest economic or social need.  Frequently, the meal that is provided through senior nutrition programs is their only guaranteed source of nutrition each day.

The longer term impact of these cuts could be that some of these older adults will end up in hospitals and or nursing homes due to health issues related to the failure to maintain a proper diet.  This, in turn, will add significant costs to Medicare and Medicaid at a time when efforts are being made to reduce these costs. We should be investing in these valuable nutrition programs as a means to avoid increasing federal expenditures, not cutting back on them when they are needed most.

We hope you will insist to exempt senior nutrition programs from sequester to avert a human tragedy which will befall some of the most vulnerable individuals in our society.  Thank you for your consideration and support.

3) SEND YOUR EMAIL & TELL YOUR FRIENDS TO DO THE SAME

Welcome to the new year as we continue our quest to put Seniors First. In recent months, we have all been so wrapped up in the struggling economy and now the slippery slope of the fiscal cliff that we have failed to pay attention to another looming storm on the horizon – the silver tsunami.

A bill was introduced a few months ago to reauthorize the Older Americans Act (OAA) by Sen. Bernie Sanders, I-Vt. Unfortunately, his bill – while excellent – received little attention and even less support from his colleagues in the U.S. Senate. In the House of Representatives, not one hearing has been held or piece of legislation been introduced. […]

There is no time like the present to get something done. With the ever-increasing senior population, the OAA is needed now more than ever. Nine million seniors currently rely on the OAA-funded programs for vital, life-sustaining needs. The program also saves taxpayer dollars by reducing health care expenditures, the number of nursing home placements and other expensive long-term care facilities. In fact, the programs require a relatively modest level of assistance (about 0.02 percent of federal discretionary spending), but often make the difference between healthy independent living and costly assisted living, nursing home placements or expensive hospital stays. […]

Call, write, email, tweet and Facebook our congressional delegation and U.S. senators and tell them to end the partisan games and get to work. There are thousands of acres of common ground when it comes to the OAA and helping vulnerable seniors. Let’s show our support for the older adults in our lives, be it grandparents, mothers, fathers, aunts or uncles, and make our voices heard.

~The above material first appeared in the U-T San Diego on January 10, 2013 and the full article can be found here.